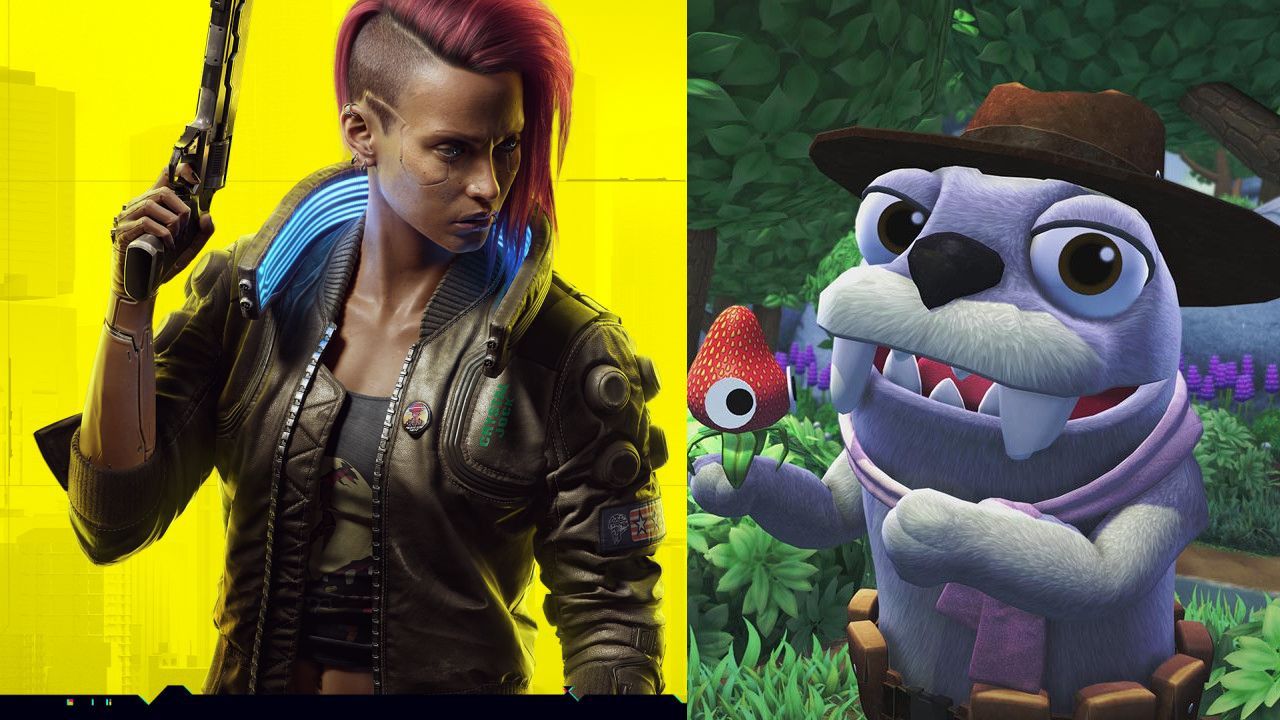 The entire gaming community has been eagerly awaiting the release of Cyberpunk, and it's finally here.

What no one expected to happen is that CD Projekt Red realized that the character designs of Bugsnax were one of the major leaps forward in gaming this year, so they decided to put plenty of bugs into their own game!

In Cyberpunk you can achieve incredible speed on foot by finding a slanted surface, sliding down it, and then maintaining your momentum using bunny hops. This bug allows you to zoom through the game incredibly fast!

A Cobhopper is a fusion between a Corn Cob and a Grass Hopper. In order to capture them you need to use the Trip Shot in combination with the Bug Net. Pretty Tricky!

Cheepoof VS bumping into someone on the stairs

A Cheepoof is the crossover between a Butterfly and a Cheese Poof. Such an inexplicable existence could only be the work of an underground vampire society manipulating our world from behind the scenes.

In Cyberpunk, you can bump into someone while going down the stairs, and about 1 in 10 times the shear force from your body will completely destroy your opponent due to bugs in the physics system.

In Cyberpunk, many players have reported tons of tiny trees floating in the air. No one knows why they're here, or what their intentions are, but they can't be good. Run.

Baby Cakelegs is the paganistic abomination created by fusing a daddy longlegs and a cake slice together, clearly created with the intention of renouncing god. They are incredibly easy to catch using a Snax Trap though!

While Cyberpunk does have some interesting bugs, it still has a long ways to go before it nears the perfection of the existentialist terror brought on by playing through Bugsnax!

After all, customizing your genitals is pretty cool, but pales in comparison to the realization that whoever created Bugsnax no longer believes in our shared moral constructs! They have found their own perception of reality to exist in, which is separate from our shared concepts of "good" and "evil".

Tune in next time for more poggers game reviews!