The newest update to World Of Warcraft is anything BUT ❝classic❞ Back in 2017, famed and acclaimed studio Blizzard Entertainment announced at their annual convention, Blizzcon, that a large update they called ‘Classic’ is now in the works. This was met with much excitement from their fans. As time went on and WoW continued to update, fans thought Blizzard had forgotten and possibly shelved the ‘Classic’ update, but just two weeks ago Blizzard released the ‘Classic’ update to much acclaim and much disdain.

While the game is seeing a large boom in viewership across twitch there have been many controversies and many complaints about the game’s update ever since its launch. Things such as streamer guilds mass killing plebeian players and famed WoW streamer MOONMOON’s guild name being changed due to mass reports. But if there is one thing that has caused mass outrage among players the most it would be the apparent mass downgrade in graphical quality. On August 26, 2019 players rolled out of their cum stained bedsheets and logged into WoW only to be mortified by what they saw. Player RareCheetoGandalf comments on the change by saying, “It seems a bit presumptuous to call this update "classic", because I just can't see this catching on, gamers have some of the highest standards after all, and frankly this behavior on Blizzards part is just insulting.” 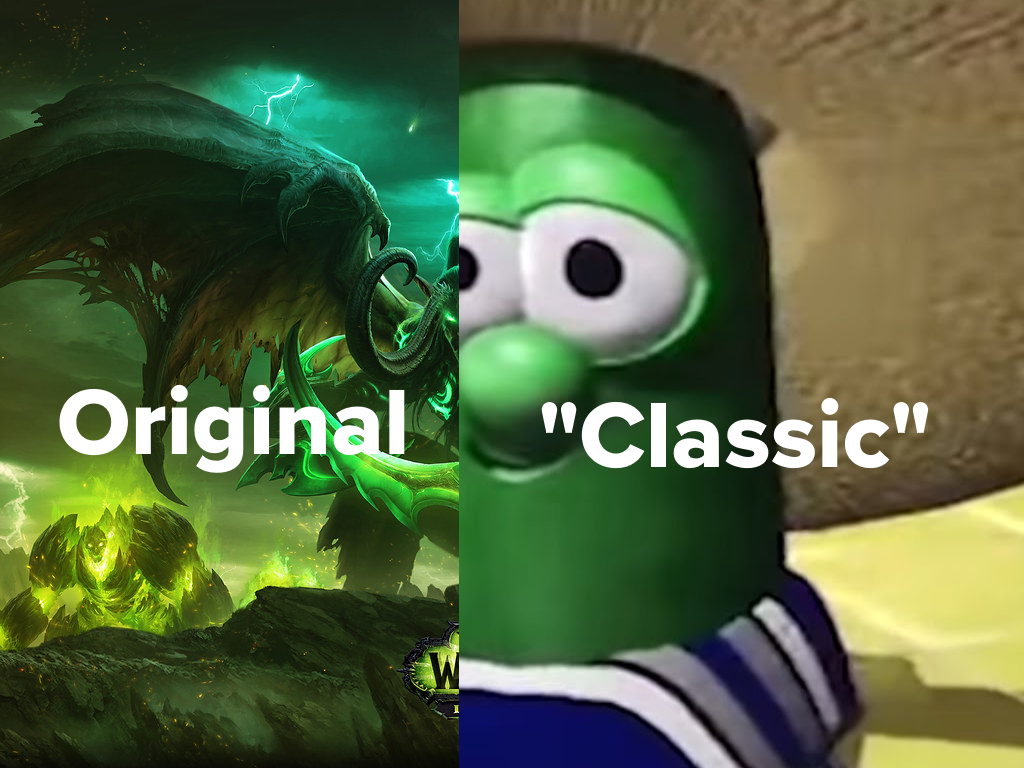 It is very jarring to see how big of a change to the graphics have been made.

This update, however, is not all negative. A full revamp of life skills, combat, etc. have been done to almost overwhelming positivity. If Activision Blizzard Entertainment were to roll back the graphics changes, this update would be a one hundred percent success, but if they do not, this update may be seen as less a ‘Classic’ and more a ‘Classic Mistake’. Join the fight to reverse the graphical changes here: Battle For WoW Graphics