Senile Old Man Forgets How Many Days Are In A Week

Most people recognize the societal and cultural standard of there only being seven days in a week, however Twitch streamer MOONMOON has decided to take a stand against it with his most recent long-standing protest.

After initially intending to play games from his childhood for a period of at most seven days (five being his typical work-week schedule) MOONMOON has decided to prolong the flow of decades-old memories and has affixed the words “BOOMER WEEK #52” to the end of his New Year’s celebratory stream title.

Although the case could be made that this error in numerical logic was done for the sake of Mr. Anime’s lust for remembrance, psychologists here on the Moontaku.com team have deduced and concluded that Jesse does, in fact, have clear signs of dementia.

First of all, MOONMOON is very old, as can be seen from merely viewing his balding head. This indisputable fact in-and-of itself is already enough to enable licenced doctors to diagnose patients with the mental disorder... or erectile dysfunction (or both!).

With this in mind (pun intended), the team here at Moontaku.com can see the connections: Jesse is grasping for the only memories he can, and forgetting the basic laws that hold our society together. In due time, we suspect MOONMOON will stick to playing Pong or other forgotten-to-time games as Fortnite only continues to grow in size and storage space with each new update. 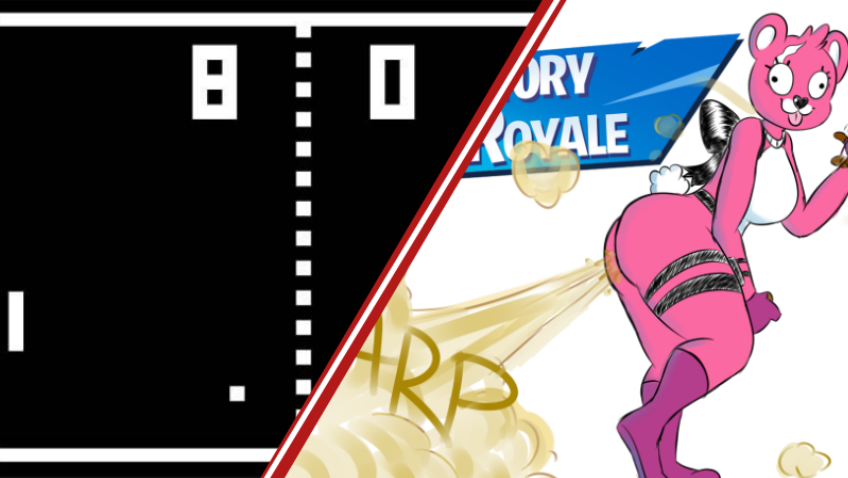 Which looks more fun to you?

It’s sad seeing your favorite online personality move on, especially when it’s for reasons you cannot control. However, we’ll make it, and find someone else to harass in the new decade. In the meantime, do your due diligence as a fan and continue to remind MOONMOON of the good times.

For example, the Twitch “chat” is always prepared to hear a hearty laugh when he is reminded of such a time as his playing the character “Yung Dab” on NoPixel. Get out there and help ‘Dab’ along in these trying times.